Survival Resistance is participating in the Defend The Forest campaign’s Week Of Action.  Here is a link tree containing everything that you need to know.

From the Defend The Forest website, this is what we are fighting for:

Atlanta is a city in a forest. We have the highest percentage of tree canopy of any major metropolitan area in America. Our canopy is the main factor in ensuring Atlanta’s resiliency in the face of climate change. The forest in Southeast Atlanta is home to wetlands that filter rainwater and prevent flooding. It is also one of the last breeding grounds for many amphibians in the region, as well as an important migration site for wading birds.

The history of this particular land is deeply scarred. In the 1800s shortly after the land was stolen from Muscogee Creek peoples, it was used as a plantation. In the early 1900s, a prison farm was opened where inmates were forced to perform unpaid agricultural labor, marking the rebranding of slavery into for profit prison labor. The Atlanta Police Department currently uses this hallowed ground as a firing range.

This forest is at risk of destruction as the police and Hollywood make plans to pave over Atlanta’s largest remaining green space.

The Atlanta Police Department seeks to turn 300 acres of forest into a tactical training compound featuring a mock city. This project was recently announced to the shock of community members who had been given no opportunity to weigh in on the proposal. The entire process has been shadier than the forest itself.

Intrenchment Creek is an existing public park adjacent to the Prison Farm. Dekalb County seeks to swap this land with Blackhall Studios, a major film production company. Blackhall wants to clear cut 170 acres of forest to develop into an airport and erect the largest sound stage in America. This project would cement Atlanta as the new Hollywood, making the cost of living in our city outrageous.

We refuse to let our forest be bulldozed in favor of the police and sold out to Hollywood. There are many forms of action and advocacy to be taken. This is a broad, decentralized, autonomous movement. Get involved in whatever ways move you. Take a walk in the forest with your friends.

We hope to see you there!

One thought on “Defend The Forest” 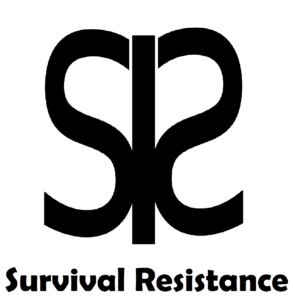